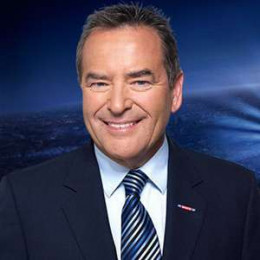 Robert Jeffrey Stelling, widely famous as Jeff Stelling is a sports television presenter and sports journalist. He started his career as a journalist at the Hartlepool Mail, where he worked for four years. He started his sportscasting career from Middlesbrough F.C.from the Radio Tees and was a sports presenter on LBC Radio Sportswatch program. He is the new assistant and the presenter of Countdown between 2009 to 2011. Currently, Stelling presents Gillette Soccer Saturday for Sky Sports

Jeff Stelling lives in south Hampshire with his wife and two sons and one daughter. The couple married in November 1998 in a small wedding ceremony in Richmond upon Thames. Stelling was awarded as the honorary doctor of professional studies by the University of Teesside in 2007.

The couple married in 1998 and have two sons and one daughter. Their wedding took place at Richmond upon Thames and was witnessed by their close friends and family.

Robbie was born in September 1998 to become the first child of the lovely couple Jeff Stelling and Liz.

She is the beautiful little daughter of this family member, who was born in July 2003.