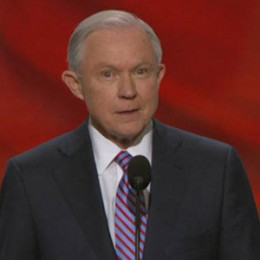 The junior United States Senator from Alabama, Jefferson Sessions is the son of Jefferson Beauregard Sessions, Jr., and Abbie Powe. He attended the University of Alabama School of Law and graduated with a J.D. degree in 1973. Moreover, Sessions was elected in Attorney General of Alabama in November 1994. He has earned a zero rating from the Human Rights Campaign, the United States' largest LGBTQ advocacy group.

In 2002, Sessions won the re-election by defeating Democratic State Auditor Susan Parker. He also works on the Environment and Public Works Committee.

Jefferson Sessions holds an estimated net worth of $7.5 million, as per some online sources, however, the exact figure is still under review.

Jefferson Sessions was born on December 24, 1946, in  Selma, Alabama to Jefferson Beauregard Sessions, Jr., and the former Abbie Powe.

He has a daughter named Mary Abigail Sessions.

Ruth Sessions Walk is a second child of Jefferson.

Jefferson has only one son named Sam Sessions.