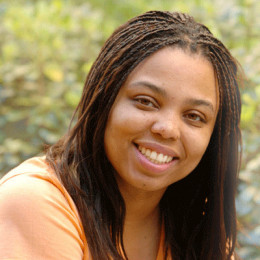 Jemele Hill born as Jemele Juanita Hill, is the daughter of Jerel Brickerson and her mother's name is not disclosed. Jemele herself has admitted to having a rough childhood, growing up with food stamps and drug addicted parents. However, Jemele's parents were separated and her mother has been one of "dynamic women" that influenced her to become a sports journalist. She replaced Jalen Rose on ESPN2's Number Never Lie. She is considered to be the first African-American lady of sports journalism. Hill also is the first recipient of McKenzie cup, given in tribute to sports editor Van McKenzie.

Jemele Hill's personal life and other private matters are not disclosed to the public. However, Jemele has mentioned about her father, after he left his job of 20 years after severe back condition at the age of 63. Her father went on to get a Masters degree after being sober and started counseling other addicts, along with his job as a bartender at the Joe Louis Arena's Olympia Club. She mentions sports as being the ice breaker between the estranged father and daughter and helping her understand her father's past. Jemele has been linked with her co-host from Numbers Never Lie, Michael Smith. But Jemele's official boyfriend is yet to be confirmed.

An American sports Journalist Jemele Hill was born as Jemele Juanita Hill on December 21, 1975, in Detroit, Michigan. She is mostly recognized for her work in ESPN.com's page 2 and formerly hosting ESPN's

She is mostly recognized for her work in ESPN.com's page 2 and formerly hosting ESPN's His and Hers.

She completed her graduation from the Mumford High School in 1993 and later she joined the Michigan State University.

She started her career, not as a journalist but she worked in snack counter and also deliver phone books in college.

Jemele got her first professional job in  Raleigh News & Observer as a general assignment sports writer. Later she served as a sports writer in Detroit Free Press. She has also covered the 2004 summer Olympics and the NBA Playoffs.

The biggest turning over in her career was when she joined the ESPN on November 2006 as a national columnist and television contributor.

In 2011, Hill along with her coworker Michael smith began the podcast His & Her which popularity led them to worked on  ESPN2 show Numbers Never Lie which later renamed as His & Hers.

Even she succeed to win the Inaugural McKenzie Cup in 2007. Later on February 6, 2017, Hill and Smith became the anchors of ESPN's flagship show, SportsCenter.

Jemele is very secretive regarding her private life. Generally, she is an outspoken person but when the things came on his personal issue she prefers to keep shut.

She is in a relationship with a mystery man whose real name is still unknown but mostly he is called as Ol' Boy. Hill often posted a romantic picture of her boyfriend on Instagram but openly she never talked about him. However, some sources claimed she is already married to him.

In 2016, she visited The White House with her man and even she clicked a picture with former president Barack Obama and Michelle Obama.

Once there was a rumored of her link up with her co-worker Michael Smith but both of them called it as just rumors and termed one another a very good of friends.

The main source of her income is her journalism career which made her one of the successful media people. She has a 4 million dollars of net worth.