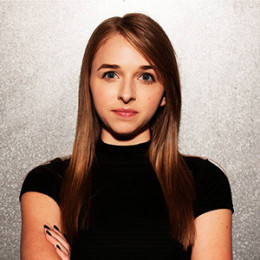 Jenn McAllister, born in Pennsylvania, is a famous Youtuber, an actress, and an author as well. She is famous for her YouTube channel running with the name of jennxpenn. Jenn has starred in a web series titled Foursome in the web series of Awesomeness TV. She began making YouTube videos in 2009 and since then, her channel has got 2.5 million subscribers.

Jenn McAllister has been running two YouTube channels, jennxpenn and jenn. Her previous account jennxpenngames was removed recently. Jenn has good friendship with YouTuber Andrea Russett and even shared an apartment with her previously. She currently lives in Los Angeles, California, where she moved from Philadelphia. Jenn even worked in the prank videos in 2013. There is no information disclosed about her personal life regarding her relationships.