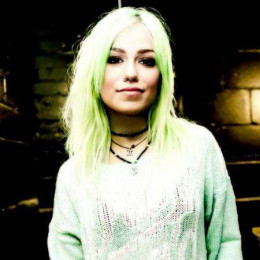 An Australian singer who is better known as the lead vocalist for five-piece pop punk band Tonight Alive. She has two sisters. During her high school she used to perform in school choir, and musicals and it became the reason behind her passion in music. According to her she is victim of eczema and once she was in the verse of getting paralyzed. She joined band Tonight Alive alongside her band members Jake Hardy, Whakaio Taahi and Cam Adler in 2008. They have already played their first show at Hypefest. She is the youngest member of the band.

She is rumored to be bisexual. According to some sources, she has a girlfriend but the rumor has to officially confirmed yet. She has not married yet and since she has not married there is no question of getting divorce. She is a regular user of twitter and she mostly share her views and plans in twitter. Her fans can follow her in her official twitter account @jenalive11 to get more updates on her.