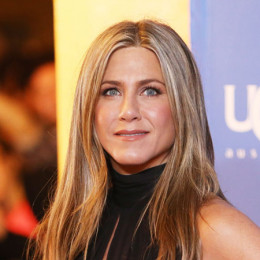 Jennifer Joanna Aniston is an American producer, businesswoman as well as an actress. Her father is an actor,John Aniston and her mother is also an actress, Nancy Dow. She is known best for portraying Rachel Green on a television sitcom named Friends. She has completed her graduation from Fiorello H. LaGuardia High School of Music and Art and Performing Arts. When she was only six years old her parents got separated.

Currently she is married. It is her second marriage. Her first marriage was with an actor. Their marriage lasted for five years. After that, she got married to an American actor, director, and screenwriter. She has also dated many guys form the industry. The list of her affair is very long. But she still does not have any child. However, she has said that she would never miss the opportunity of being mother for a career. May be she is planning to have baby in near future and will be a great mother too.

Jennifer ranks second in the Forbe's 2017 list of the highest paid actress. She has an estimated net worth of $150 million. Check out who ranks number one on the list.

Her first marriage was with a very popular actor named Brad Pitt. They got divorced because she claimed that her husband was having an affair with his co star named Angelina Jolie.

He is an American actor, director, and a screenwriter. She is very happy with her husband and loves him very much.