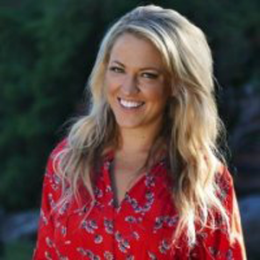 Jennifer Mcdaniel, a makeup artist is best known as the wife of a retired American professional wrestler, actor and television personality Hulk Hogan. Hogan is regarded by many as the greatest professional wrestler of all time. Although she has her own profession and career, it is Hogan who has given a great publicity and importance to her life and has made a high profile public figure.

The couple has been in a relationship with Jennifer since 2008, after dating for a few months the two became engaged in November 2009 and tied the knot in 2010. The couple who is 21-years apart suffered a major blow in 2012 when a sex tape staring her hubby and Heather Clem was leaked to media outlets. At the time lovely Jennifer stood by her man.

Jennifer and Hogan tied the knot at his Clearwater, Florida, home in 2010. It was a small wedding with only family and close friends invited, including Hulk’s two children from his first marriage to Linda Claridge.