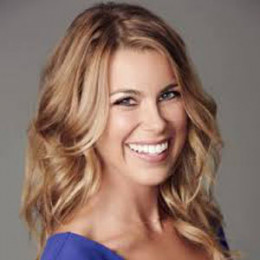 Jeny Taft is a well-known journalist, host, and sideline reporter. She has gained a broad knowledge in several sports as a college athlete and has contributed in different fields in a different field for Fox Sports.

Jenny Taft was born in Minnesota, the United States of America to John Taft and Mary Taft. Ethnicity-wise, she is Caucasian and her nationality is an American.

Taft was raised by her parents along with her sibling. Her father was a winner of two NCAA titles as a member of the men’s ice hockey team.

Taft completed her schooling at Edina High School where she was the captain of the hockey team. Her brother Charlie is a member of the Hockey team but of a different school, Colorado College. Later she joined Boston University, majoring in Journalism.

Taft graduated from Boston University with a broadcast journalism degree in 2010 and worked for the public relations firm IDPR in New York City. She covered various sports events, participated in community relations, appeared in on-air promos and produced digital content.

Taft is one of the good hockey players and in 2005 she won the NSLA player of the year for her performance in lacrosse. In 2008 and 2009 subsequently, she played 20 games with seven goals and three assists.

After completing her education, Taft joined the IDPR in New York City for Public relations. Later she started working for Fox channel in Fox Sports Girl.

Currently, Taft works for FOX Sports 1 as a sideline reporter for the network’s coverage of college football, as a field reporter for several events and a Monster Energy Supercross pit reporter.

In 2014, Taft began to appear as a sideline reporter for college football as part of FOX Sports 1’cs Pac-12 game coverage.

Jenny Taft is a married woman. She exchanged vows with her longtime boyfriend, Matt Gilroy. The duo wedding was an intimate ceremony and only their close relatives were invited so there isn't much information regarding their marriage.

The couple seems very happy with each other so there are no signs of separation. Her younger brother, Charlie, is a senior member of the hockey team at Colorado College in Colorado Springs.

Taft prefers to keep her personal life low to media that's why she didn't speak much about her husband. The couple doesn't share any children yet.

Taft is very happy with her husband and there aren't any kinds of rumors regarding their split or divorce.

Taft earns an impressive amount of salary from her professional anchoring and hosting career. She is a well-paid journalist and has earned a huge amount of money working at different stations. As per some online sources, she has an estimated net worth of around $2 million.

Jenny Taft married TO her long-term boyfriend Matt Gilroy. The couple seems very happy with each other so there are no signs of separation.