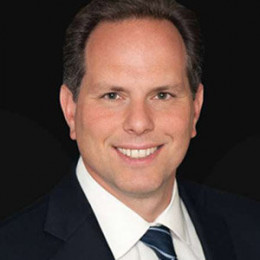 The Chief of Staff at the U.S. Department of Defense and the Central Intelligence Agency, Jeremy Bash is currently single. He previously married to journalist and anchorwoman for CNN who currently works as the network's chief political correspondent and occasional anchorwoman, Dana Bash. The couple married in 1998 and divorced in 2007. Jeremy is a former term member of the Council on Foreign Relations.

Bash has worked as a Managing Director at Beacon Global Strategies LLC, with his partners Philippe Reines and Andrew Shapiro. Jeremy Bash has kept his personal life secret. There is no information about his children on social sites. Bash graduated from the Charles E. Smith Jewish Day School. Bash has portrayed in the 2012 movie named Zero Dark Thirty. There is no information about his affairs on social sites.

Jeremy Bash was born on August 13, 1971, to a conservative Jewish family. He was raised in Arlington, Virginia who holds an American nationality and belongs to the white ethnicity. He is popularly known as the Managing Director at Beacon Global Strategies LLC.

In 1998, Jeremy completed his graduation from Harvard Law school. Following his graduation, he was offered the clerk position to  Leonie Brinkema, U.S. District Judge in the Eastern District of Virginia.

In 2000, Bash was associated with Fontheim International and later he served as the National security Issues Director for the Presidential campaign of Al Gore and Joe Lieberman.

From 2001 to 2004, Jeremy was in private law practice in Washington, D.C. and his practice focused congressional investigations, regulatory matters, and litigation. 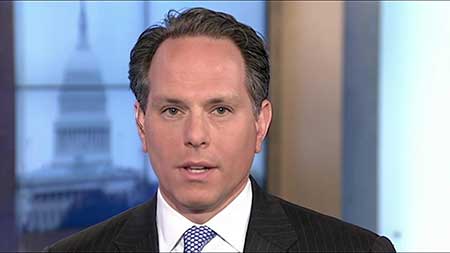 He is also known as the former member of the Council on Foreign Relations. In October 2013, he was interviewed by The New York Times. Bash also appeared as a commentator on PBS NewsHour and was interviewed on ABC World News.

At present, he is working as a managing director at Beacon Global Strategies LLC. He founded the organization with Andrew Shapiro and Philippe Reines.

In addition, he works as a national security analyst for NBC News and MSNBC.

Jeremy Bash has earned massive popularity from his career besides that, he also succeeds to maintain a good sum of net worth. As per some online sources, his net worth is in millions but due to his secretive nature, the real figure is yet to revealed. Her ex-wife has a net worth of around $2 million.

The former CIA's chief Bash was previously married to his long-term girlfriend, Dana Bash, the CNN news reporter. The duo exchanged vow in 1998 at an intimate ceremony.

However, the couple couldn't handle their relationship and had divorced in 2007.  After splitting with Jeremy, Dana marries John King in 2008. But same as her first marriage this one also can't be fruitful to her. She has one son, Frank King with her ex-husband, John King.

Jeremy Bash joined MTP Daily to discuss the latest news that a Russian indicted in the Mueller probe allegedly coordinated an attack on U.S. troops in Syria. check out the video:

He is currently living a happy married life with wife Robyn Bash, Vice President at the American Hospital Association. Also, she served as the coordinator of the executive branch relations of the firm.

Jeremy Bash married to journalist and anchorwoman for CNN who currently works as the network's chief political correspondent and occasional anchorwoman, Dana Bash. The couple married in 1998 and divorced in 2007.