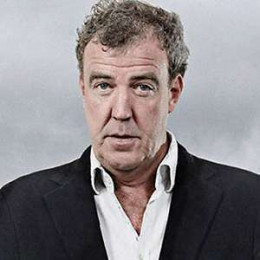 Clarkson is well known for co-presenting the BBC TV show 'Top Gear' along with Richard Hammond and James May from October 2002 to March 2015. Clarkson's first television role was on the British motoring program called 'Top Gear', from 27th October 1988 to 3rd February 2000.

In 2007, Clarkson wrote and presented Jeremy Clarkson: Greatest Raid of All Time, a documentary about the World War II Operation Chariot, a 1942 Commando raid on the docks of Saint-Nazaire in occupied France.

Jeremy Clarkson was previously married to Alexandra James in 1989 and divorced in 1990. He married Frances Cain in 1993 and has been blessed with three children, Emily Clarkson, a journalist, born in July 1994; Katya Clarkson; and Finlo Clarkson.

Jeremy Clarkson was previously married to Alexandra James in 1989 and divorced after being together for one year in 1990.