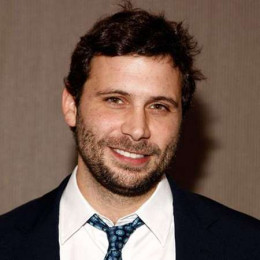 An American mind blowing actor, producer, and writer who is better known for his consistent role as Billy Chenowith on the hit HBO television series, Six Feet Under. He is son to Richard "Dick" Sisto, a jazz musician and Reedy Gibbs, an actress. From very young age he began to worked in local theater companies. He graduated from University of California, Los Angeles. His debuted in film industry through 1991 drama film Grand Canyon. Between 2008-2010 he played role of NYPD Detective Cyrus Lupo on NBC's drama series Law & Order. From 2011 to 2014 he starred as George Altman in the ABC sitcom Suburgatory. For his role in Suburgatory he was nominated for Critics' Choice Television Award for Best Actor in a Comedy Series.

Talking about his personal life, he is a married man. He was married with his girlfriend after dating for two years. Their marriage was performed in casual ceremony in New York City Hall. Couple has already welcomed two beautiful babies. Prior of getting married to her, he was once married with his former girlfriend when he was just 18 years old and they splited two days later of their marriage. Their divorce was finalized in 2002.

The couple were married with each other when they were just 18 years old. Since they were married in so young age it was obvious it was going to end anyway. Their divorce was finalized in 2002.

She is very gorgeous lady. Together the couple is blessed with a baby girl and a boy. The family is residing in Laurel Canyon, Los Angeles.

She is very gorgeous. She is the eldest daughter of the family.

He is youngest son. He is healthy kid. His picture can be found in the social media sites of his parents.