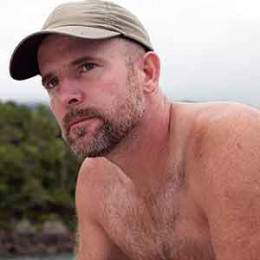 Jeremy Whalen is professionally an actor who is cast in the Television series, "Treasure Quest: Snake Island" which first aired in 2015. In his adventurous journey to find the treasure, he is joined by other Television actors like Cork Graham, Mehgan Heaney-Grier and Keith Plaskett. Whalen has done research about the Sacambaya treasure and Jesuit history in South America since he was a teenager. Besides, he is also a trained mechanic and Swiss Army knife-style handyman.

Jeremy Whalen grew up at the base of Mt. Si in Washington state where he was surrounded by forests. Then at a very young age, he moved to Alaska where he found more denser forest and was raised in the wilderness.

Whalen experienced a magical life in Alaska and saw the northern lights. There he worked as a logger for a month with the Metlakatla tribe and they emptied huge traps in the shore of the ocean. At the age of 17, he got hired as a logger for the Rowan Bay for Alaska Pulp Corporation. 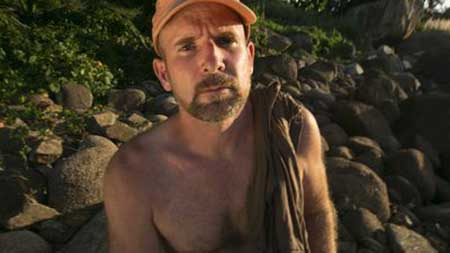 From an early age, he was interested in exploring new and exciting things so he started learning metal detecting. He even asked for a metal detector as a reward for getting good grades in his school.

Jeremy Whalen is professionally an actor who is cast in the Television series, Treasure Quest: Snake Island which first aired in 2015. The cast members search for 100 of millions worth of lost Incan gold on the southeastern coast of Brazil.

There were many people who tried to hunt down the treasure but no one succeeded. In the series, he is joined by other actors like Cork Graham, Mehgan Heaney-Grier and Keith Plaskett. 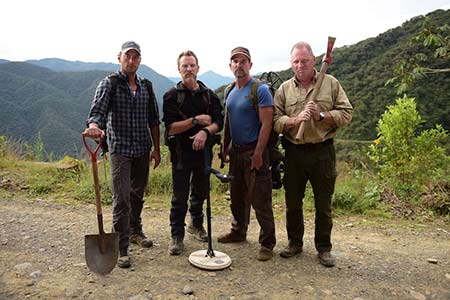 Besides, he is a professional treasure hunter in South America for 30 years. He has done research about the Sacambaya treasure and Jesuit history in South America since he was a teenager. Whalen is also a trained mechanic and Swiss Army knife-style handyman. He has been cast in The Last Frontier before appearing in Snake Island.

Jeremy Whalen is a Television star who is cast in the Discovery Channel's show, Treasure Quest: Snake Island. The average salary of a Discovery Channel star is $82,529 annually and it can range from $45,937 to $149,883.

Jeremy Whalen is a married man and is living with his family in Ecuador, Salinas. However, the details of his wife are not mentioned. He has a son named Tristan who travels with him and learned many languages. Tristan was born in 1999 and goes to community college. He also has a grown-up daughter whose is unknown.

Whalen is an adventurous guy and even rode his motorcycle all the way to Peru after his graduation which was an incredible experience for him. Whalen is planning to go on a year-long motorcycle trip again with his brother in 2023 to Eastern Europe to the east coast of Africa.

He says he loved the 1500s and 1600s era when people would go sailing to unknown places and making new discoveries. Whalen feels he would love it if he would have been born in the 1800s era.

Here is a video which shows Jeremy Whalen's journey in the series, Treasure Quest: The Snake Island.

Jeremy Whalen has a son named Tristan who was born in 1999. He joins his father in his adventure and has a sister as well.