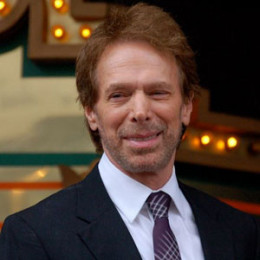 Jerry Bruckheimer is an American film and T.V producer, best known for television series "CSI: Crime Scene Investigation," "Cold Case," and "The Amazing Race." Jerry has also produced movies including "Beverly Hills Cop," "The Rock," "Con Air," "Enemy of the State" and the "National Treasure Franchise." He also worked as a director at ZeniMax Media. Bruckheimer has married twice. His first wife was Bonnie Bruckheimer and the second was Linda Bruckheimer.

Jerry was born on September 21, 1943, in Los Angeles, U.S. He parents were German Jewish immigrants.

Jerry joined Mumford High School and then studied at Arizona College. Then he attended the University of Arizona and completed his degree in psychology.

Early in his career, he produced numerous television commercials including for Pepsi. He then produced many series and films.

Jerry has six hit television shows (CSI: Crime Scene Investigation, CSI: Miami, CSI: NY, Cold Case, Without a Trace and The Amazing Race) which helped him to gain popularity. In the year 2016, Jerry Bruckheimer Television became an Independent outfit and ended with a 15 year run with Warner Bros.

Bruckheimer has produced more than 40 movies till date. After leaving his job in the advertisement, he started working on films. He worked with The Culpepper Cattle Company, Farewell, My Lovely and March or Die.

Jerry has married twice. His first wife is Bonnie. After divorce with Bonnie, he married Linda Bruckheimer, his second wife. She is a novelist.

He has one stepdaughter named Alexandra from his second wife's previous affair. About twenty miles away from the southeast of Louisville the couple owns a farm.

Talking about Linda, she as a teenager moved from Kentucky to Los Angeles, where she has been a writer, producer and West Coast editor for Mirabella. She frequently spends time as a preservation activist, restoring and preserving historic buildings in small rural U.S. towns.

He is also known as 'Mr. Blockbuster' for continuously producing high grossing films and on average his films have grossed over $13 billion.

With such annual income, he must certainly have a net worth in millions.

One of the promising producers in Hollywood film industry, Jerry Bruckheimer is married to Bonnie Bruckheimer but the relationship didn't last long.

Jerry Bruckheimer is married to Linda Bruckheimer. Linda was first a teenage girl who moved to Los Angeles in a context of building her career when she met Jerry.

Linda married Jerry Bruckheimer who is a famous television and film producer. They both have a daughter together and she was named Alexandra.