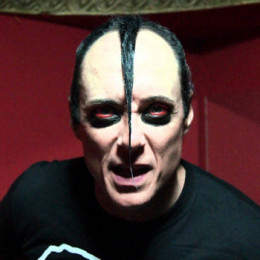 Facts of Jerry Only

Relationship short Statistics of Jerry Only

American musician Jerry Only, whose actual name is Gerald Caiafa, is known best for being the bassist of the band named Misfits. He is also the vocalist of the band. His infamous hairstyle called the devilock is what makes him more popular. He was born on Lodi, New Jersey and worked in his father’s machine shop before joining the band. His brother too is a guitarist for the misfits and he joined the band in 1977. He has also had a stint in World Championship Wrestling.

Only and his personal life are affairs hidden well from the general public. He has not been married yet. He also supposedly does not have any children. He might be associated to some or the other women but the history of his dating is not available to the general public yet. He is known better for his music stints rather than his dating history and information.