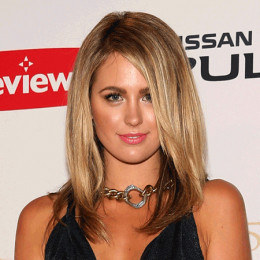 This Australian beauty is a former fashion model, Television Host and beauty pageant title holder of Miss Universe Australia 2010. In 17 June 2010, she was crowned Miss Universe Australia, where she represented Queensland. She finished as 2nd runner up at the 2010 edition of the Miss Universe pageant on 23 August 2010. She was born to Valerie Campbell and Andrew Campbell. She is a graduate of Aquinas College.

Accounting her personal life, she is yet unmarried but there is not much time left for her to get married as she is engaged to her long time dated boyfriend. Her boyfriend is a Australian footballer. The two seems to have a great mutual understanding and enormous love towards each other. They don't have any kids from their relation. She hasn't been a part of any controversial issues till date.