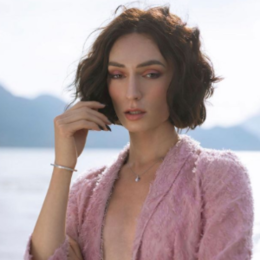 Jesse James Keitel is widely popular as a non-binary actor, artist, and writer knew for their work on the Student Academy Award-winning movie Miller & Son, Alex Strangelove, and Younger. The NYC-born star will be portraying the love interest of Brian Geraghty in the ABC series Big Sky.

Jesse James Keitel, a non-binary actor is no more single! They have been relishing a live-in together relationship with partner AJ Lebenns since early 2017. AJ made a debut on Jesse's Instagram profile on September 3, 2017. 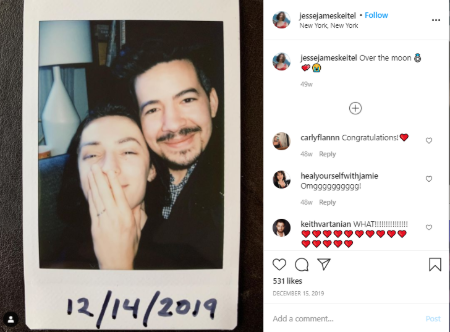 Keitel has always been open regarding her feelings for Lebenns but it took twenty more days for AJ to make their relationship go official.

Jesse updated their fans being engaged on 14 December 2019 captioning "Over the moon" with a ring and heart emoji. He shared a romantic snapshot of the two via Instagram on September 23, 2020.

The lovebirds have not yet decided to adopt or give birth to a child, however, they own a white Doberman Pinscher dog. All in all, the pair are enjoying sound life with a few signs of a breakup.

How Much Is Jesse James Keitel Net Worth?

Jesse James began their acting career starring in the 2013 "Coco/Craig Kilborn/Diana DeGarmo/Tommy Davidson" episode of Celebrity Ghost Stories. Subsequently, they were offered to feature in What Would You Do? as Closeted Gay Teen.

In 2018, Keitel was honored in Out Magazine's OUT 100 for portraying a queer character in the Ben Stiller produced film Alex Strangelove and as a non-binary character in Younger. A year later, Jesse played Ryan Miller in the award-winning film Miller & Son. Her other acting credits include Like Glass, and Forever Alone.

The blonde beauty's most recent work includes the American procedural drama series "Big Sky" based on the 2013 novel The Highway by C.J. Box. They will be sharing the screen alongside Brian Geraghty.