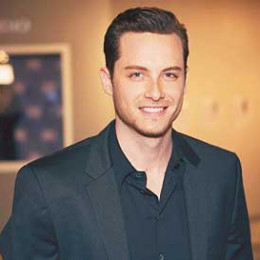 The handsome and dashing American actor, Jesse Lee Soffer is well known for his role on CBS soap opera ''AS the World Turns'' with the role of Will Munson. He is from the white ethnicity and follows Christianity. Mainly Lee is admired for the starring role of Will Munson on As the World Turns. Lee was nominated for the various awards due to his fabulous performances in the films.

Jesse was born on 23rd April 1984 in Ossining, New York, United States. Stan and Jill Soffer are the parents of Jesse. He grew up with four siblings, Shayne Soffer, Jenna Soffer, Craig Soffer and Melisa Soffer. Before settling in Connecticut, he along with his family moved to Tarrytown.

Soffer did his schooling from Mary Field High School (a local school) with his siblings. He was an exceptional basketball player at that time. Soffer used to skip school to play basketball at the age of 6.

After that, he was admitted to another school where he enrolled in drama class and left basketball. Jesse was also a great soccer player and started every game his team played. He is a graduate of New York University.

At an early age of 6, he started his career in acting from a Kix cereal commercial. He made debut in 1993 at the age of 8, in the comedy film Matinee with John Goodman and Cathy Moriarty. Later on, he worked in the comedy movie named, The Brady Bunch Movie with $54.1 million box office collection and reprised the role in A Very Brady Sequel with $21,440,752 collection.

Jesse is blessed to work with top actors and actresses.  He worked opposite of a legendary actress, Lauren Bacall in the movie, From the Mixed-Up Files of Mrs. Basil E. Frankweiler. Moreover, he worked in various films and TV shows like- ABC's Two of a Kind, Guiding Light, AMC's The Royale., In Time, Gracie. The audience appreciated Jesse's role in World Turns which gained him huge popularity.

Soffer has been nominated for Daytime Emmy Award for Outstanding Younger Actor in a Drama Series three times (2006, 2007, 2008). In 2005, Soffer was also nominated for Soap Opera Digest Award for the first time in his life for Favorite Turns.

Jesse was in relation with Sophia Bush (an American actress, director) but they broke up and the reason behind their break up was that they weren't compatible. Apart from that, there are no rumors regarding his affairs. However, it is for sure that the actor has not been married yet.

The handsome actor, Jesse has an estimated net worth of $6 million. He is living an extravagant life and has traveled to different places.