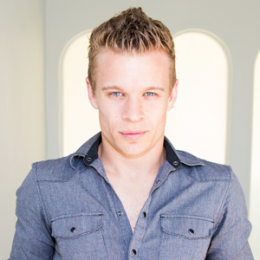 An American actor, producer, and writer, Jesse Christopher Luken is known for playing the role of Jimmy Tolan in theFX drama series Justified and Eric in the CW science fiction romance series Star-Crossed. His favorite TV series is Lost, and favorite movie is The Princess Bride. Luken has managed to gain reputation and fame within a short period through his acting and his dedication toward his work.

Jesse is a General William J. Palmer High School graduate and played basketball and football with Trevor Searcy in his younger days. Luken graduated from CSU in 2006, after that packed up and moved to L.A.

Jesse has appeared in several popular TV series including Justified, The Mentalist, Last Resort, Glee and much more.

Luken began his career in 2008 with a role in the short movie Starlet. He also made guest appearances in television series such as Privileged, Three Rivers, Greek, and Law & Order: LA.

He also played a recurring role in the comedy web series Spymates. In 2012, Jesse got his break in the FOX series Glee as he was cast in a recurring role. That year Luken was cast in the ABC drama Last Resort. His major film role was as Eddie Stanky in the award winning film 42.

Besides that, he has featured in movies such as The Guest, Lost in Gray, Citrus Spring and so on. Luken's most recent work is his role as Lindbergh in the series Timeless.

Talking about his personal life, he has not shared much about himself. But it is beleived that he is still single and living his happy single life. There is no information on his past relationship nor he shows any hint in having one soon.

Luken priority seems to be his career and acting rather than having a girlfreind and being in reltionship. Maybe Luken may be in a secret reltionship and keeping it away form his fans and media but since he hasnt talked on this topic, we beleive that he is single. But his status raised questions on his sexuality, as many thinks that he might be gay.

There is no exact information on his net worth but as one of the dedicated actor, writer and producer in the industry, it is beleived that he has a net worth in six figures.