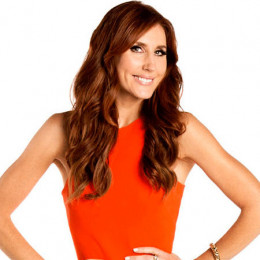 A Canadian television personality who is recognized as co-host of MTV Canada's program The After Show. She is daughter to Joyce Resin who was also former host of CBC show called Alive: The Picture of Health. She hold degree in English and Drama from University of Toronto. She is considered as "one of the funniest women on TV today, period". She debuted in acting career through Christmas commercial for Shoppers Drug Mart. She was also former co-host on YTV for a show called Weird On Wheels. During her career she has interviewed famous personalities like Adam Lambert, Backstreet Boys, Ryan Reynolds, Bill Gates, Zac Efron, Jamie Foxx and Taylor Lautner.

Exploring her personal life, she is happily married with her longtime boyfriend. Their marriage was held at Big Daddy's Antiques in LA in presence of their family and friends. She was seen in wedding dress designed by popular designer Mark Zunino. Her co-host Dan Levy from MTV Canada After Show got an honor to be brides man. She has not been biological mother yet.

He is very handsome guy and she seems to be very happy with him. They seem to be perfect for each other.