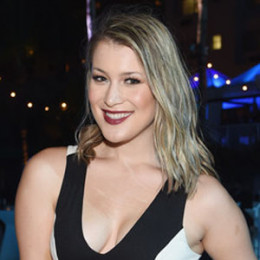 Cuban-American video content creator, Jessi Smiles is best known by her internet persona. She has over 700,000 subscribers on YouTube, as well as more than 450,000 followers on Instagram, and had more than 3.6 million followers on Vine by the time the app was shut down. Jessi is also a singer-songwriter and musician with first-ever single, "What If I," exploded on the iTunes charts.

Jessi Smiles engaged with Nassim Ssimou and the couple has recently welcomed their first child. She has collaborated on a video with Destorm Power, Klarity, and Brittany Furlan entitled "Those friends that would no doubt eat you if the world ended." She portrayed Joan of Arc in an episode of the web series Epic Rap Battle of History titled "Miley Cyrus vs Joan of Arc."

Jessi Smiles engaged with Nassim Ssimou and the couple are currently expecting their first child. She is popular YouTube star.