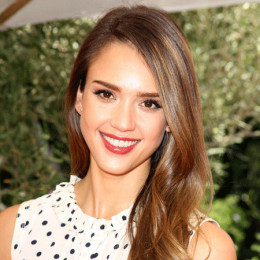 Jessica Marie Alba is an actress, model and businesswoman, best known for her role in television series Dark Angel. She is the recipient of Teen Choice Award and Saturn Award. Her mother Catherine has Welsh, Scottish, English, Danish, German ancestry and father Mark David Alba is Mexican. She was placed #1 by AskMen.com's Top 99 Most Desirable Women of 2006. She studied at the Atlantic Theater Company.

Exploring her personal life, she is a married woman. She married her long time dated boyfriend with whom she has raised two beautiful daughters. The couple are happy with each other as they are together since 2008 and yet there is no sign of their divorce. Beside all this, she was once engaged to her first boyfriend but shortly called it off. Also, she has been through several dates and breakups in her past days.

He is the first and the current husband of Alba, who by profession is a film producer. The couple are blessed with two daughters.

She is the first child born to Alba and her husband. Her mother gave birth to her at the age of 27.

She is the second child of Alba who was born safe and healthy.