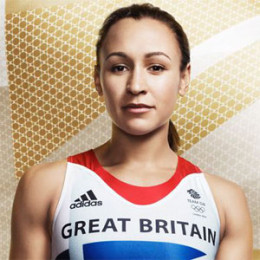 A retired British track field athlete, Jessica Ennis-Hill is addressed as Britain’s most valuable female Olympian. She began her career at the very early age but started playing internationally since 2003 and won her first world championship title in 2009. Apart from being a good player, she is also a good mother and a wife.

Jessica Ennis-Hill was born as Dame Jessica Ennis on 28th January 1986 in Sheffield, Yorkshire with the birth sign Aquarius. She is British and belongs to Mixed descent. She was raised by her parents Vinnie Ennis (Jamaican self-employed decorator and a painter) and Alison Powell (British social worker) along with her younger sister, Carmel.

Regarding her academics, she attended Sharrow Primary School and King Ecgbert School in Dore where she earned General Certificate of Secondary Education (GCSE). After that, she graduated with a degree in psychology from the University of Sheffield.

Ennis-Hill was introduced to athletics by her parents after she was taken to a Start: Track event at Sheffield’s Don Valley Stadium during her summer holidays. Right there she won her first athletics prize and also got a chance to meet Toni Minichiello who became her coach afterward.

After that, she joined the City of Sheffield and Dearne Athletic Club from where she participated in a high jump competition at Sheffield athlete by National Schools Championships and won Sheffield Federation for School Sports Witham Award for the best performance.

Moreover, she earned special javelin coaching from World Champion bronze medalist and European Champion silver medalist Mick Hill. In 1999, she competed in the high jump at the English Schools AAA Junior Girls where she won the game.

In 2002, she again participated in the high jump by English Schools AAA Intermediate section where she became a runner-up. Also, she became successful to establish herself as a top junior athlete at the AAA U20 Championship.

After that, she competed in 2007 European Cup where she stood first twice in the same year. During the same year, she also participated in World Championships in Japan placing fourth and in Combined Events Challenge with the second position.

The year 2008 was one of her worst years as she faced a significant stress fracture in her right foot due to which she missed the Olympics and had to take a complete rest in the season. After healing from the injury, she made a comeback in 2009 by winning her first world championship participating in World Championships in the heptathlon.

After that for almost two years, she faced injury and took a break from the games. She was even pregnant at the time so decided to take a leave. Two years after in 2015, she again made a comeback winning another World Championship held in China with a gold medal.

In 2016, Ennis-Hill took part in the Summer Olympics and stood second with silver medal whereas secured first in the Combined Events Challenge. That year she even announced her retirement from the Olympics as was more focused on her motherhood.

As of 2017, she was appointed as DBE (Dame Commander of the Order of the British Empire) in the New Year Honors for the athletics service. In the same year, she stood second with the silver medal in the world championship.

The gold medalist athlete, Ennis dated Andy Hill after meeting for the first time at the school. The high school sweethearts finally ended their affair and converted it into marriage in 2013 in an intimate ceremony in the Peak District.

The ceremony was attended by almost 100 guests where the bride was looking gorgeous in her sleeveless ivory silk gown with a ruffled skirt and groom was not less than her by wearing a three-piece suit with a pink tie. Hill, her husband, knew how to make his woman happy as he gave gifts in many of the occasions.

Some years after the marriage, the couple announced that they were expecting their first baby due to which she missed her first Olympic games. After that on 17th July 2014, Ennis gave birth to her son and named him Reggie Ennis-Hill which they announced via Twitter.

As of 2017, she again announced her second pregnancy via social media with a caption, ‘’Someone’s going to be a big brother. Another little Ennis-Hill on the way.’’ Some months after the announcement the couple welcomed their second child in September and named her as Olivia Ennis-Hills.

The World Championship winner athlete, Ennis has an estimated net worth of $5.83 million.

Apart from this, she owns a company named, Ennis Limited that has almost $2740000 on its book. As per the report, the company made $16100 per week. Moreover, she is also an ambassador for the Jaguar Academy of Sport and also a columnist for The Times newspaper. Not only this she also appeared in numerous adverts of PowerAde, BP, Adidas, Olay, Aviva, and others.

In May 2013, Jessica Ennis-Hill married his high school sweetheart boyfriend, Andy Hill. From the high school period till today they are together with no such rumor about their divorce and extramarital affairs.

On 17th July 2014, Andy Hill and Jessica Ennis-Hill welcomed their first child and named him as Reggie Ennis-Hill. He is currently three years old and looks really adorable.

Jessica Ennis Hill and Andy Hill announced the birth of their second child via Instagram with the baby's hand. Their only daughter was born on 24th September 2017 and named her as Olivia Ennis-Hills.