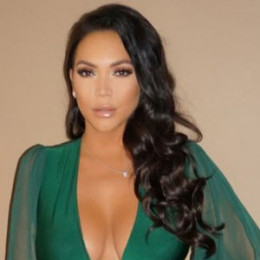 Jessica Parido is an American reality star and social media guru, well known for her appearance on the Bravo series Shahs of Sunset.

Jessica was born on 12 December 1988 in Orange County, California. During her high school days, she attended the LACC Theatre Academy. She has a mixed ethnicity of Iranian-American and holds an American nationality.
Jessica had an immense love for acting since her childhood. She also auditioned for various roles in her school and performed on stage.

Jessica worked as a registered nurse and even underwent a battle with leukemia before portraying on her breakout movie Shahs of Sunset.

Later, she made her appearance in television series Shahs of Sunset from 2012-2016, from where she became widely famous and gained a huge number of followers.

Jessica Parido is currently single, previously married Mike Shouhed on 29 March 2015. The couple went to Ibiza for a honeymoon, Mykonos, and Paris.

After four months of their marriage, Jessica and her ex-husband divorced on 1st August, but within eight months of their divorce, the couple tied the knot again but the marriage didn't last the second time around as well. She filed for divorce from her ex-husband on 20 November 2015. After two years the divorce was finalized on 9 June 2017. They didn't have any children.

Jessica earns a decent amount of money from her acting career, as her current net worth is estimated to be $ 2.5 million.