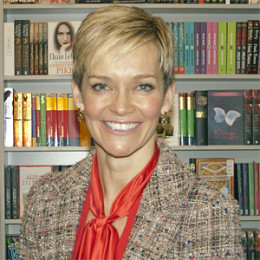 Jessica Rowe is a talented and enthusiastic journalist and news presenter from Australia. Jessica started her career from the receptionist desk of Channel Nine for nine’s Wide World of Sports. After working for several years off the desk, she finally made on-screen debut as weather presenter on Prime Television for Canberra. While she was in Nine Network, she was involved in various controversies including case file against her. She was even humiliated and embarrassed including by her fellow workers and in the year 2007 and quit her jib due to payment dispute. After taking a break for a while, she managed to come up in broadcasting sector again with the help of Sydney News.

Rowe got married to her loving husband Peter Overton ion 12th of January 2004. Peter is also a TV journalist and presenter with whom she met in during her tenure in Nine News. The couple got their first child in the mid-August of 2006 and second child, daughter Giselle Charlotte Overton in April 2009. Beside their married life there is no any information about her extra marital affairs,boyfriend and rumours about her divorce.