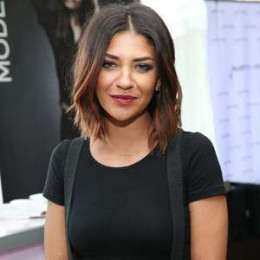 Jessica Szohr is an actress. She began her screen career from the television shows such as What about Brian and CSI:Miami. Her parents have five children, she is oldest among the children. She played soccer, worked on the student council and she was a part of the cheerleading squad. Name of her brothers and sister are Megan, Danielle, Nick, and Sadie. She is a model too.

Jessica was graduated from Menomee Falls High School. There is a rumor that she has an affair with Scotty McKnight, he is a pro football wide receiver. This couple has seen in many places by media. She has an exotic look with dark hair and light eyes. Her famous movies are Gossip Girl ,The Internship, and Two Night Stand. There is a rumor that she dated with the Ed Westwick but she denied this news.