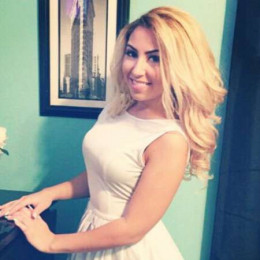 She is sexy and hot vine-star who is better known for her innate ability to "twerk.". In hervine veideos she mostly collaborates with her fellow vine star Chris Jay. On May 4, 2013 she first posted her vine video named "What a good puppy". After that she was so much popular that she has earned over 2.5 million followers by June 2015. all of her vine videos are sponsered by Boost Mobile.

Talking about her relationship status she has not married yet nor there is any record of her dating anyone. Though she was seen hanging out with NBA superstar Kyrie Irving in one of her vine videos none of them has disclosed that they are actually dating so it is very hard to assume her relationship without any proof. Since she has not married yet there is no question of facing divorce.