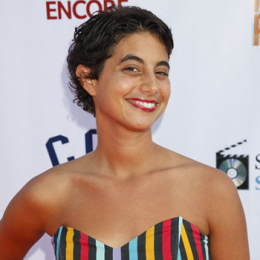 She is a talented actress, comedian, writer, film director and YouTube personality, best known for her films and television series such as The Skinny, Meet My Rapist, Stupid Questions. She debuted her short film Meet my Rapist, a dark comedy about running in to her rapist at the farmers market, at the 2014 Slamdance Film Festival. She went to University of Redlands, but she began ditching class in order to make documentaries.

When it comes to her personal life, she has stayed low profile. Till now it is unknown about her family background, childhood status and most important her date of birth. As a matter of fact there is not much information available on the internet about her as she is a rising star and it's been just few years that she has been receiving media's attention due to her work. Currently, she lives in Los Angeles.