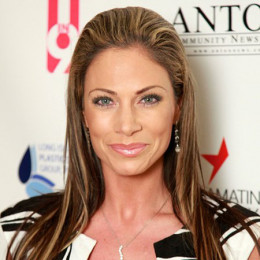 She is beautiful and hot a New York television reporter and former model, actress who is currently working for WNYW TV as traffic reporter. She is also a contestant of reality TV show named “Married by America”. She attended Sachem South High School. She has majored in communication arts. Beside television reporter, she is also an actress. We can see her acting in some television series like Sex and the city, Law and order and many more. In 2001 she joined WNYW Fox 5.

Talking about her personal life, smoking hot news reporter is still single. According to her, she has not found her Mr. perfect to fall in love with and settle down with him. She is not the kind of woman having typical american dream of having husband and having children. Since she has not married, she has not suffered any problems of divorce. She seems to be very secretive person who personal and professional life separate.