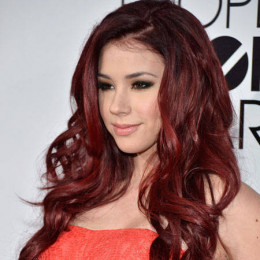 American actress, Jillian Rose Reed is widely known for playing the role of Tamara Kaplan in MTV's TV series 'Awkward.' She has appeared in Finding Alice (2014) and Confessions of a Womanizer (2014). Her brother Robbie Tucker is best known for his three-years role as Fenmore Baldwin on the CBS daytime drama entitled 'The Young & The Restless'. .

Jillian Rose Reed was nominated for Young Artist Award Best Performance in a TV Series in a category of Leading Young Actress award in 2012. Jillian is dating Marty Shannon, a musician since 2011. Reed has also appeared in a 2014 episode of Jessie titled "Acting with the Frenemy" where she played a role of Abbey. She has also guest-starred on two episodes of Jack Black's Yahoo series 'Ghost Ghirls'.Reed played Simone on the dark comedy-drama series 'Weeds' from 2008 to 2009.