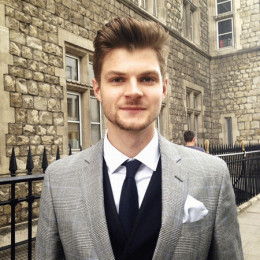 James Chapman commonly known as "Jim" is a YouTube star and model, best known for his pop culture, vlogging and men's fashion YouTube channel. He earned a degree in Psychology from the University of East Anglia. He enjoys talking about love, life, and manly things in his YouTube channel which has helped him earn more than 2.2 million subscribers. In 2015, he was named the 17th "Best Dressed Man in Britain" by GQ magazine.

Moving on to his personal life, he is now engaged to his long time dated girlfriend. The couple are perfectly matched and have a great mutual understanding among each other. They are looking forward to their marriage as soon as possible. Besides his current fiance there is no record of his affairs. He hasn't been a part of any controversial issues yet.