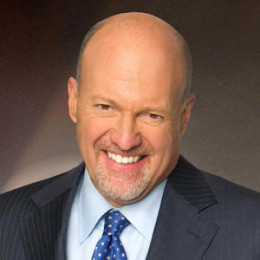 Jim Cramer married twice. He first married to Karen Backfisch-Olufsen. The couple married in 1988 and divorced in 2009. Then he married to Lisa Cadette Detwiler. He had two daughters with his first wife they are Cece Cramer and Emma Cramer. Cramer is the founder as well as former owner, and former Senior Partner of Cramer Berkowitz. Cramer has seen on The Martha Stewart Show to promote his new book named Getting Back to Even.

He first married to Karen Backfisch-Olufsen. The couple married in 1988 and divorced in 2009.The couple had two children together.

She is a first daughter of this couple.

She is a second daughter of this couple.