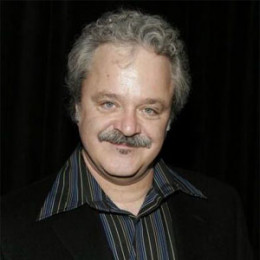 American voice actor and singer, Jim Cummings attended Immaculate Conception and St. Columba.Moreover. He is the only actor to appear in each and every animated series produced by Disney during the 90s including Gargoyles (1994), Goof Troop (1992), Darkwing Duck (1991), Aladdin (1994) and Bonkers (1993).Jim also worked for video games including Blazing Dragons: King Allfire, Chancellor and Epic Mickey 2: The Power of Two.

Jim Cummings married Stephanie Cummings in 2001. Castle in the Sky, Raisins: Sold Out!: The California Raisins II, Siegfried & Roy: Masters of the Impossible, Beauty and the Beast: The Enchanted Christmas is his popular movies.Cummings has two daughters with Stephanie Cummings, as well as two older children from a previous marriage but he has disclosed their name.Cummings has performed in many animated Disney and DreamWorks movies.

Jim Cummings ,a voice actor and singer married Stephanie Cummings in 2001.The couple has two children.