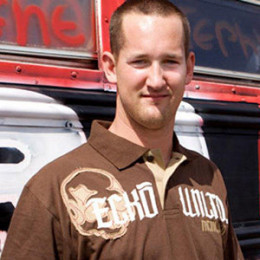 An American television personality, Jim DeChamp is known for Nitro Circus: The Movie (2012), Nitro Circus (2009) and The Dudesons (2006). He is also an executive producer of Nitro Circus, an "action sports collective" led by Travis Pastrana, featuring his friends and him traveling around the world riding dirtbikes, jumping, and performing stunts. Nitro Circus: The Movie 3D was released on August 8, 2012, in the United States and November 15, 2012, in Australia and New Zealand for one week.

Jim DeChamp, who is known by his nickname “T-Rex”, has managed to keep his personal life as private as possible. Jim is famous as a pro mountain bike downhill racer and freestyle rider. He has been friends with Pastrana since childhood and collaborates on many stunts together on the show.

Jim is the first person to land a front flip on a motorbike to dirt, as seen in the 7th episode of the first season. Currently, Jim DeChamp is married to Jolene Van Vugt.