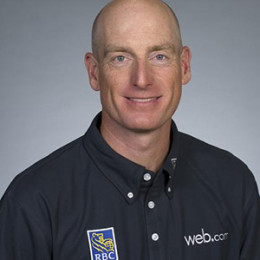 Jim Furyk, a professional American golfer, was born in West Chester, Pennsylvania. He spent his childhood with his father Mike who worked in Hidden Springs Golf Course and Country Club as well as West Chester Golf as an assistant pro. Jim spent his childhood learning the game from his father and then went to Manheim Township High School for his high school studies and graduated in 1988. Jim graduated from University of Arizona in 1992 and was a champion golfer during college days. He started playing golf professionally after leading Wild Cats and winning the NCAA title in 1992. Jim also then was a part of Nike Tour and won Nike Mississippi Gulf Coast Classic.

Besides golf, Jim Furyk used to play basketball while he was at high school. He won the 2003 US Open Golf major championship and also met the record of the lowest 72-hole score in U.S. Open history. Jim was on the top ten list of worldwide golfers in between 1999 and 2015 and is known for his unique style of swinging as well. Jim is married to Tabitha Furyk and has two children, a son, and a daughter.

Jim first met Tabitha in an interview. They dated for some period and Jim proposed her at the Pebble Beach. They have two children, a son, and a daughter.

Caleigh is fair looking and has a cute smile. There is not much information about her.

Tanner is a handsome kid of Jim with blonde hair and adorable looks. The family has not disclosed much information about him.