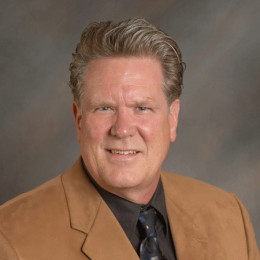 He was a longtime American anchor and reporter who was famous among people for his gravelly voiced and also as news anchor of popular WCBS-TV. He was of Danish descent. He holds bachelor's degree in broadcast journalism from the University of Denver. He started his career in broadcasting at WLIP-AM in Kenosha. Then he worked at WMBD-TV in Peoria and WBZ-AM-FM-TV in Boston respectively. He worked for WCBS from 1964 to 1995. In 1991 he traveled all the way to Israel to cover the Persian Gulf War. He died at the age of 72 at Lenox Hill Hospital due to heart attack.

Talking about his personal life he was married twice. He first married his longtime sweetheart but the relationship didn't worked out well between them and unfortunately they got divorced. He had no children from his first marriage. After some years of divorce he fall in love and married his lover. Together the couple were blessed with one son and two daughter. But sadly tragedy hit him again and he had to face sudden demise of his son. It was said depression was also one of reason for his sudden death. There is no information available about his daughters.

She was his first wife. Their relationship didn't last long. Neither him nor her has disclosed any information regarding the reason behind their divorce.

She is very gorgeous. Together they were parents of one son and two daughters. She was with him during his last time in hospital.

He was the only son beside two daughters. Sadly he died in a hang glider accident.