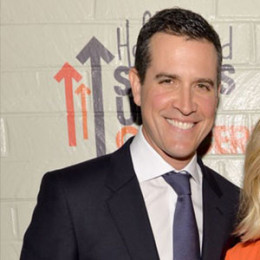 Jim Toth is a talent agent. He is the head of the motion picture talent at Creative Artists Agency. His clients includes actress like Matthew McConaughey and Mary Elizabeth Winstead. In 2010 he had got promoted as one of the two heads of motion picture talent at Creative Artist Agency. There is any information about his father and mother. He has completed his graduation from Loyola Marymount University. There is also no any further information about his early life.

He is a married guy. He has married to an American actress. He also had one child from his wife. The couple had started dating in 2010 and got engaged in the same year. And in 2011 the couple got married. They are living happily and he is a great dad too. Before his marriage he had an affair with an American model. The couple had dated for few months and after that they got separated.

He is married to an American actress named Reese Witherspoon. After dating for a year the couple got married He also has a child from his wife.

He has a son from his wife. He is only 3 years old. He loves his son very much and is a great dad.