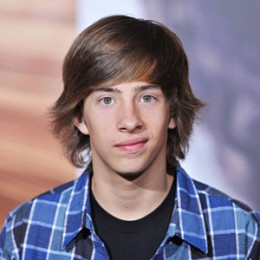 An American actor and musician, Jimmy Bennett is currently single. He was in a relationship with actress Rachel G. Fox in 2012. Jimmy Bennett is known for his roles as a child actor in "Daddy Day Care". He grew up with his parents and sister named Amanda. Jimmy Bennett has appeared in an episode of the television series "Gilmore Girls". In August 2011, Bennett released his debut single "Over Again" and the accompanying music video.

Jimmy Bennett also starred on the ABC series "No Ordinary Family". He has been nominated for Young Artist Awards five times. Jimmy Bennett appeared in the film "Star Trek" with Chris Pine. Jimmy Bennett dated to actress Rachel G. Fox in 2012. But the couple did not continue their relationship and they separated. His current relationship status is still unknown on social pages.