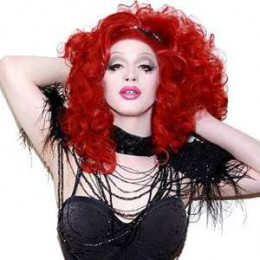 American drag performer, actor , singer, and television personality,Jinkx Monsoon is currently single. He attended daVinci Arts for middle school and graduated from Grant High School. when he was in school he discovered that he was a gay. He began his career working on stages since the age of 15, he first performed in the nightclub "Escape". He has also hosted in the Seattle’s Central Cinema in 2013.

Jinkx Monsoon is a huge advocate for STD prevention and awareness for the queer youth culture. He has won the fifth season of RuPaul's Drag Race in 2013 and performed in a theatre production of Hedwig and the Angry Inch. Currently, he is not married. He has declared himself as a gay. But he doesn’t have any boyfriend right now and is not dating anyone.