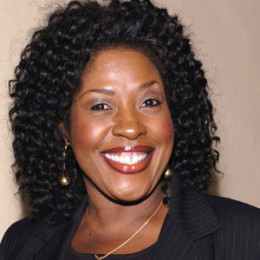 Born and raised in Albany, Georgis, U.S. Jo Marie Payton is an American TV actress and singer. She is best known for portraying the character of Harriette Winslow, on the popular ABC/CBS sitcom, Family Matters. Her character succeeds to win millions heart and after her departure from the show, she was offered guest appearances on several TV shows.

Payton also lends voice to Suga Mama Proud on Bruce W. Smith's Disney Channel's The Proud Family from 2001 to 2005. She had a recurring role as Ben Doucette (Will Truman's boss), during the second season of Will & Grace (1999–2000).

Payton married to Leonard Downs and currently, she resides in Los Angeles along with her husband. Previously she was married thrice and has a daughter.

Jo Marie Payton was born on 3rd August 1950, in Albany, Georgia, the US. She is American and belongs to the African-American ethnicity. She is the second of nine children to her parents Driscoll Payton, was a construction worker and Frankie Bell Payton was a maid.

Payton graduated from Albany State University in Albany, Georgia. Soon after her graduation she involved in charitable events and supported her alma mater.

Jo Marie Payton started her acting career since 1978. She has appeared in several TV series as a minor character like The New Odd Couple, Small Wonder, 227, Lingo.

In 1987, she got her big break an elevator operator, "Harriette Winslow" on the ABC sitcom, Perfect Strangers. Audiences liked her character so much that the role was spun off into her Family Matters in 1989.

Payton continued her role, Harriette Winslow; she portrayed the role of African-American middle-class wife and a mother. Her performance was well received from audiences like her previous role.

She left the Family Matters through its final season and made her final appearance on December 19, 1997. Later her role was portrayed by Judyan Elder in the remaining eight episodes.

Payton also lends voice over Suga Mama in The Proud Family Movie. Some of her screen credit includes  Desperate Housewives, Girlfriends, Wanda at Large, Judging Amy, Reba, The Hughleys, The Parkers, The Jamie Foxx Show, Silver Spoons and others. She also featured in The Rev, a Canadian TV mini-series where she played the role of Mama.

In 2005, Payton and Glunn Turman hosted the 15th Annual NAACP Theatre Awards which was presented by the Beverly Hills-Hollywood branch. She also appeared on Tyler Perry directorial sitcom, Meet the Browns as "Shirley Van Owen" in Augusts 2009. She also hosted her show, Second Chance with Jomarie Payton on Hometeam Network.

Payton was starred in the  GMC TV movie special From This Day Forward. She also enrolled in singing, in 1999, Payton released her jazz album, Southern Shadows.

Jo Marie Payton has an estimated net worth of $4 million. She is active in the film industry for last 40 years, and due to her experience, she earned impressive sum from TV series and movies. As per some online sources, she earned more than $500k from her appearance on TV series.

Payton's 1980s movie, The Hollywood Knights, grossed $10 million at the box office, the movie was a small budgeted movie made under the budget of $2 million.

Jo Marie Payton is happily married to her longtime boyfriend, Leonard Downs. The duo tied the knot on December 16, 2007, at an intimate family ceremony. The couple has no children. They shared a healthy relationship and supported one another in their work.

The Jo Marie Payton married three times. She first married to Marc France in 1980, and after eight years of nuptials, the couple divorced in mutual understanding. They share a daughter, Chantale France. Then she tied the knot with Rodney Noble on April 17, 1993, and split apart in 1998.

Soon after her second divorce, she exchanged the vow with actor Landrus Clark in 1998. But same as her previous marriages, this one also couldn't last long, and they parted ways in 2004.

Jo Marie Payton revealed she left the show, Family Matters because she was on the show for nine years and she wants to try something new. for more details Check out the video below,

Marc France is the first husband of Jo Marie Payton and has a daughter. They split apart in 1987.

Rodney Noble is the second husband of Jo Marie Payton. They have no children. They divorced in 1998.

Landrus Clark is an actor, known for Echos of Enlightenment (2001). He was previously married to Jo Marie Payton.

Leonard Downs is the current husband of Jo Marie Payton. They shared a healthy relationship with one another.