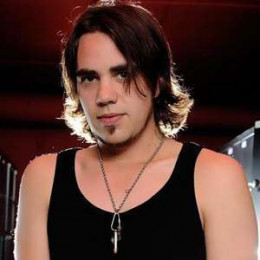 Joe Hottinger is an American musician, best known as the guitarist and backing vocalist of rock band Halestorm. The band is made up of Lzzy Hale as a lead vocalist and guitarist, Joe as guitarist and Izzy's brother, as a percussionist as well as the drummer. He is said to be playing guitar for more than two hundred fifty shows per year. Not much or none is mentioned about his family background and siblings on the social media.

Joe Hottinger is said to be dating the band's frontwoman Lzzy Hale. They were often found together in public places and events. Rumor exist that the couple is soon to be married but no confirmed announcement has been made so far. No record of him is made regarding his past dating and romantic affair. According to his public profile, Hottinger might possibly single as both Lzzy Hale and Joe refused to reveal their ongoing relationship and said that they are just friends.