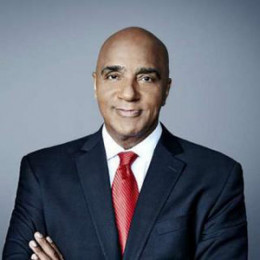 A CNN correspondent based in the Washington, D.C., bureau, Joe Johns is currently single. He was previously married to a journalist, political analyst as well as a lawyer, author, and President and CEO of the Bernard Center For Women, Politics & Public Policy, Michelle Bernard. The couple divorced in 2008. Joe has worked as an NBC News Capitol Hill Correspondent for TODAY and other NBC programs too.

Joe Johns has worked for WRC-TV/NBC4 in Washington, D.C. He has also worked as an anchor for WSAZ-TV. Joe holds a bachelor of arts degree in political science from Marshall University in Huntington. He is also popular for being the Capitol Hill Correspondent for TODAY and a CNN correspondent. Joe has won News & Documentary Emmy Award in a category of Outstanding Live Coverage of a Current News Story – Long Form.

Joe Johns was born in the United States of America. He spent his childhood days in Columbus, Ohio. He was born to African and American parents.

Joe attended the West High School in Columbus, Ohio. Later, he enrolled at Marshall University, in Huntington, where he got a four-year scholarship as a track and field Athlete. He completed his bachelor’s degree in political science at the Marshall University, and his law degree from the American University.

Joe Johns began his career in journalism when he started working as a reporter and anchor for WSAZ-TV, in Huntington, West Virginia. He then moved to WSOC-TV in Charlotte, North Carolina in 1983.

Johns switched to CNN in 2004 where he was made the congressional correspondent, later appearing in many shows, most notably Anderson Cooper 360.

Joe Johns was married to Michelle Bernard in 1996. She is an MSNBC TV Journalist as well as a lawyer and an author from the United States. Due to some differences, the couple divorced in 2008.

The couple has two children, both of them are under the mother's custody after their split. Johns is not known to have dated anyone after splitting from his former wife.

Meanwhile, Mitchell tied the knot once again after 6 years of her separation from Joe. In 2014, she remarried her new husband whose name is not revealed. She lives in Potomac, Maryland with her spouse and her kids from her previous marriage.

Also, see: Full details of respective lives of Joe Johns and Michelle Bernard after their divorce

Joe Johns' net worth is not revealed to public knowledge. His source of income includes his salary and earnings from his career as a reporter and journalist.

Meanwhile, Joe’s earning without a doubt must be very lucrative because he is already successful in his career. Though the actual figure of his salary and net worth is not disclosed, his net worth is estimated in millions.

He was previously married to a journalist, political analyst as well as a lawyer, author, and President and CEO of the Bernard Center For Women, Politics & Public Policy, Michelle Bernard.