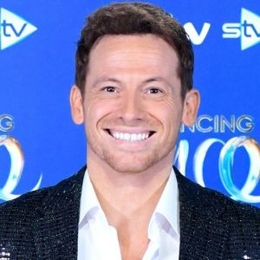 Joseph Aiden Swash (professionally named Joe Swash) is an English TV presenter and actor, famous for his appearance in the BBC One soap opera EastEnders as Mickey Miller. Moreover, He has been titled Dancing On Ice Twelfth series in 2012.

Is Joe Swash Dating Anyone? What is his Relationship Status?

The television presenter Joe Swash has been dating Stacey Solomon since January 2016. Talking about his beau, Solomon is a famous English singer and Television personality, best known for her participation in the sixth series of The X factor. To tell you the truth, the lovebirds met on I'm a Celebrity and after years of their intimate friendship later turned out to be a romantic relationship. However, the duo is yet to tie the knot, but they share a baby boy named Rex Toby Francis Swash on 23rd May 2020. 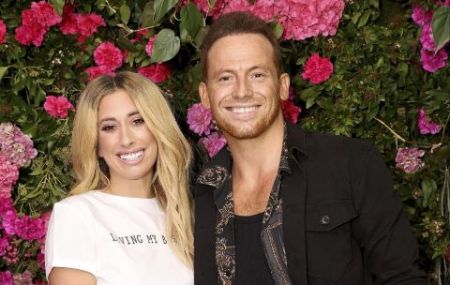 Apart from their newborn, both the partners share children from their previous relationship. Believe it or not, Dancing On Ice winner Joe once exchanged the rings with actress Emma Sophocleous and gave birth to his first son, Harry Swash, on 16th June 2007. Unfortunately, the former couple parted their separate ways on 19th January 2008. 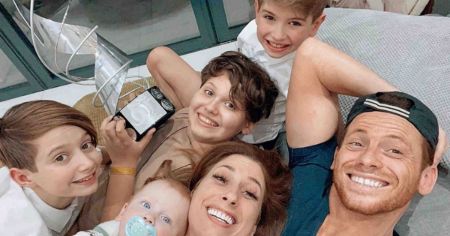 Joe Swash and his beau with all the kids. SOURCE: FX27 News English

Their son, Harry, is currently residing with his father, Swash, and lover Stacey. Furthermore, the 30 years old actress has kids from her previous relationship, and their names are Leighton Barham and Zachary Soloman. 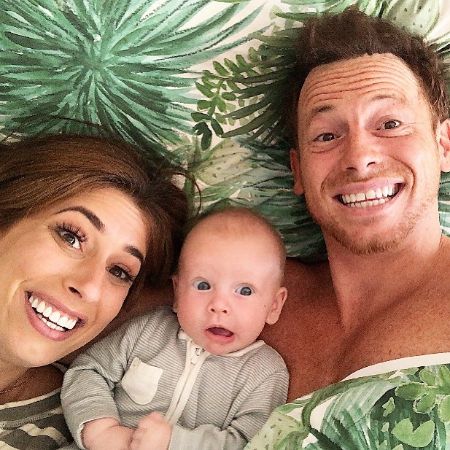 Currently, the pair are living together with all their children in self-quarantine. Even in this period, the lovely are highlighted to be the title of many news for the gossips of their split, Joe breaking up Stacey's sofa. Hence, there is no sign the two will get apart.

How Joe Swash Rose to Fame?

The father of two was visible on screen since his early days. As a matter of fact, he first appeared in an Andrex advertisement at the age of seven. Mickey Miller's artist made his debut on television in 1991. You Rang M'Lord? As an orphan, when he was 9. Likewise, he acted in many series like he portrayed the role of a fighting boy in his debut movie The Adventure of Pinocchio alongside Dawn French and Griff Rhys Jones. 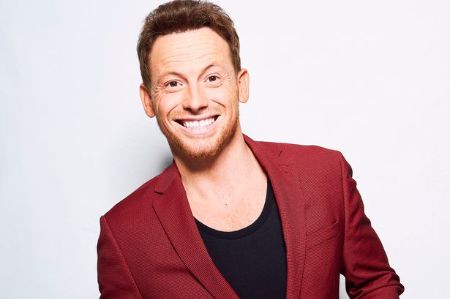 Later, Swash made minor appearances in various TV series. Believe it or not, one time, he even thought of quitting acting. That was he before getting his role in BBC One soap opera EastEnders. Luckily, the reality show host was offered the role of Mickey Miller. which helped him pull lot of attention and audiences, and he became famous in a short time.

Subsequently, the Shooter's actor was offered in several big projects, including the series I'm a Celebrity, Hole in the Wall, What Do Kids Know?, Gimme A Break, Minute to Win It, Fake Reaction, etc. where he earned a good amount of fame and money. In February 2009, Swash, along with TV presented Tim Vincent broke a Guinness World Record on Channel 4's The Paul O'Grady Show by throwing the most pancakes to a partner 'it was for a challenge'.

How Much Does Joe Swash Worth?

The 38-year-old TV presenter has recently reported to the Express UK that he holds an impressive net worth of 888,764 pounds (more than $1 million) as of 2020. He made a fortune by presenting television shows, aired on TV series, and little amount starring in few movies. 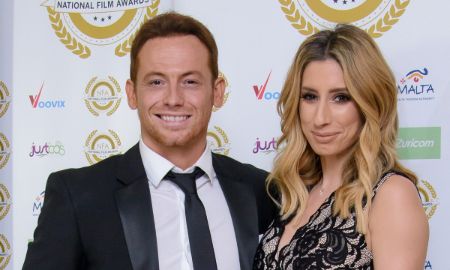 Joe Swash, with his partner, has a combined net worth of $5.9 million. SOURCE: Hello Magazine

So far, Opera EastEnders star has worked in 20 movies, television shows, and series. On the other hand, his beau, Stacey Solomon, holds four times as much as him, whose net estimated as if 4 million pounds (almost $4.9 million). Hence, the combined net worth of two makes Solomon and Swash makes them quite wealthy. So, there is no doubt; the lovey-dovey duo with the kids is enjoying a relish life.

Stay in touch with marriedwiki.com for more new Gossips, Timelines, and new Scandals.

Rex Toby Francis Swash is the second child and a son of Joe. But, he is Joe's first kid with Stacey. he is 11 months as of now.