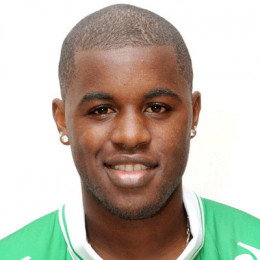 He is a Costa Rican professional football player who is currently playing in the English club side Arsenal and in the Costa Rica national football team as a forward/winger wearing jersey number 28. He has been in loan for three times after being contracted to Arsenal, hardly making his position in the club. He started his youth career at Saprissa and made his professional debut from the same club in 2008. He has been playing in the Costa Rica youth team since 2008 and been promoted to senior team in 2011.

He is currently in a relationship. He has a very beautiful girlfriend. He has never been married nor has any children. He loves her very much and has been faithful to her. His name has not been associated with any woman or has been rumored to be with any one so far. He is happy with his girlfriend. He often comes in rumor during the transfer seasons on his transfer.