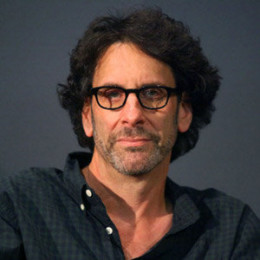 Joel Coen is a director, producer and writer. He and his brother and filmmaking partner Ethan are known as the Coen Brothers. The brothers have received 12 Academy Award nominations with their 2007 film No Country For Old Men bringing home the award for Best Picture. His mother, Rena, was an art historian at St. Cloud State University, and his father, Edward Coen, was an economist at the University of Minnesota. He studied film at New York University, then began working as a production assistant on various films and music videos.

Joel has been married to actress Frances McDormand. They adopted a son from Paraguay, named Pedro McDormand Coen. McDormand has acted in several Coen brothers' films, including a minor appearance in Miller's Crossing, a supporting role in Raising Arizona, lead roles in Blood Simple. Besides this relationship he has not involved himself any other marital affairs. The couple with their son are living together in New York City, New York.

The couple tied the knot in the year 1984. They are living together with their adopted son. It is due to their love and care for each other they have been able to sustain this relationship so much longer.