Joel Courtney is an American actor who rose to success after being cast in the Netflix romantic movie named The Kissing Booth. Courtney got his breakthrough role in 2011 from movie Super 8 where he played the lead Joe Lamb. For his role in the movie, he won Phoenix Film Critics Society Awards for Ensemble Acting in 2011.

He even won a Saturn Award for Best Performer by a Young Actor in 2012. The same year he was cast in two episodes of the series, R. L. Stine's The Haunting Hour.

Joel Courtney was born to Carla Courtney and Dale Courtney on January 31, 1996, in Monterey, California. He was raised with his three siblings in Moscow, Idaho. Courtney is the youngest amongst two brothers Caleb Courtney, Josh Courtney and a sister named Chantelle Courtney.

He is of English and German descent. His acting journey started when he went to visit his brother in LA. 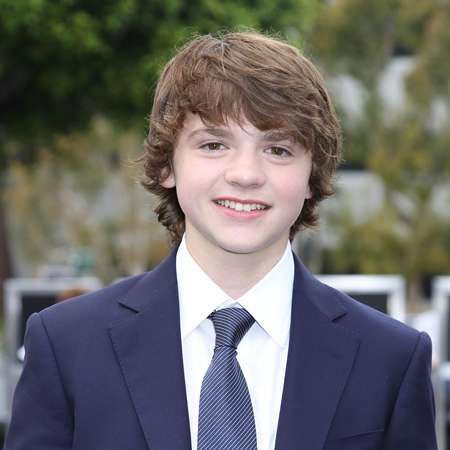 Joel Courtney as a young kid

His brother was an actor working there and during this meet, he was told by Caleb's acting coach to take part in an audition. Courtney agreed to audition as he could earn $100 per commercial. Eventually, his acting talent led him to achieve many roles in big and small screens.

Courtney pursued his career as a big screen actor by considering Casting director Patti Kalles' suggestion to go audition for movie Super 8. His audition was a success and gradually got his breakthrough role in 2011 from movie Super 8 where he played the lead Joe Lamb. For his role in the movie, he won Phoenix Film Critics Society Awards for Ensemble Acting in 2011. He even won a Saturn Award for Best Performer by a Young Actor in 2012.

The same year he was cast in two episodes of the series, R. L. Stine's The Haunting Hour. Courtney continued starring in movies and TV series. He got lead roles in 2014 movies Mercy and Tom Sawyer & Huckleberry Finn.

Later on, he started appearing in movies Dear Eleanor, The River Thief, and 2017 movie F the Prom. His fame started to grow after he was cast in the popular Netflix romantic drama named The Kissing Booth. In the movie, he was cast alongside Jacob Elordi, Joey King, and Molly Ringwald which premiered on May 11, 2018.

He also stars in the 2018 movie Replicate where he portrays the role of Zach Henderson. Courtney was cast in some popular TV series like Rogue, The Messengers, Agents of S.H.I.E.L.D and APB. He appeared as the main cast in CW's series The Messengers with actors Shantel VanSanten, Diogo Morgado, and J. D Pardo. In Agents of S.H.I.E.L.D and APB, he was only a guest star.

Joel Courtney is estimated to have a net worth ranging from $2 million to $3 million according to different sites. His exact net worth is not estimated as of yet.

He has a house in Moscow, Idaho where he grew up. His source of income comes from his cast in various movies and Television series. Courtney's salary is not mentioned in the media. Courtney's starrer horror movie Super 8 earned a massive $260.1 million in the box office.

Joel Courtney is single at the moment and isn't rumored to be dating anyone. He was rumored to be dating actress & co-star Katherine McNamara in 2011 and Isabella Fuhrman in 2014. The rumors were baseless as they never admitted it instead said that they were just good friends. Courtney even does movie reviews with Kids Pick Flicks along with actress friend Katherine McNamara.

He was into swimming before he was introduced to the acting world. Courtney's favorite movie of Steven Spielberg is E.T the Extra-Terrestrial. He used to own a pet dog at age 6 who is a chocolate lab named Mocha. As a kid, he liked to play paintball wars with his cousins.

On the set of horror movie Super 8, Courtney and other cast decided to play a prank on J. J Adams as it was April's Fool day. They hid J. J's script and told him it was gone which gave him a heart attack. Later on, they finished the prank and there was a burst of laughter on the set.

Happy Father’s Day!!! This goes out to all you strangers and a few of the best men I know. Obviously my Pops! And @joshcourtny @courtncale #dadlife

Courtney stands tall with a height of 5'11 and has attractive features. He boasts around 1.8m followers on Instagram and has 30.6k followers on Twitter.