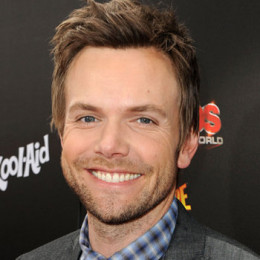 An American comedian, television host, actor, writer and television producer who is widely popular for his roles as television host of the popular pop culture show The Soup and star of NBC hit Community. He is son to Jack McHale and Laurie McHale. In 1995 he earned bachelor's degree in History from the University of Washington. When he was young, he used to play football and he had played tight end for two years. Since he didn't letter in football, he became the part of the Almost Live! cast which was local sketch-comedy television show. He started his career through small roles in CSI: Miami, Diagnosis: Murder and Will & Grace. He has also appeared in popular movies like Spider-Man 2, Spy Kids 4 and Ted.

Talking about his marital status, he is already married to his longtime sweetheart. The couple seem to be quite happy with each other. They have spiced up their relationship with mutual understanding and deep chemistry of love. Till now neither of them have involved in any kind of extra marital affair. Together the couple is blessed with two sons. The family is living happily in Hollywood Hills, California.

Professionally, she is an interior designer. She is very beautiful and gorgeous. She has given birth to two sons.

He is the eldest son. He nderwent open heart surgery due to his heart problem when he was just 2 months old.

He is the youngest son. He is healthy kid.