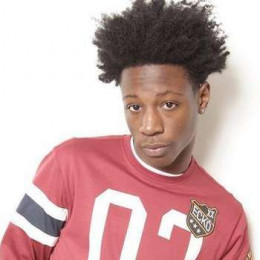 Jo-Vaughn Virginie Scott professionally known as Joey Badass, is a hip hop recording artist and rapper. He is a co-founder of the hip-hop collective Pro Era, with whom he has released 3 mix-tapes altogether. He is known for his mix-tapes like, 1999, Rejex and Summer Knights. He first started writing poetry and songs at the age of 11. On Jan 2015, he released his debut studio album, B4.DA.$$.

Accounting his personal life, he is yet unmarried and is single at the moment, which is a very good news for all his lady fans. Few years back he was in a relationship with a gorgeous lady whose personal details are yet unknown to the media but the two often used to post their pictures on the social media sites. We can follow him on Twitter to know more about him @joeyBADASS.