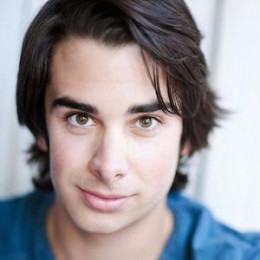 An American actor as well as the singer, and internet personality ,Joey Richter is currently single. Joey attended the University of Michigan. Joey is a main performer and vocalist of Starkid's National Concert Tours they are The S.P.A.C.E. Tour (2011) and The Apocalyptour (2012). Joey is also a writer, actor, director, and editor for his Youtube sketch group named The Tin Can Brothers.

There is a rumor that Joey Richter has an affair with Evanna Lynch but it is denied by this couple. He is popular with his first album named A very Potter Musical, he is in a lead role .Joey has also worked for television series ,Jessie is his first series, he has a role of Officer Peter .A Very Potter Musical, A Very StarKid Album, Twisted: Twisted are his popular albums.