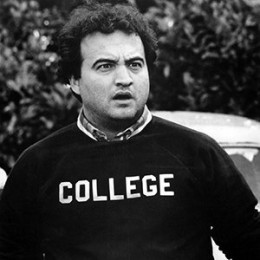 John Belushi, born as John Adam Belushi, was an American actor, comedian and musician. He was born to Adam Anastos Belushi and Agnes Demetri, owned a restaurant. John until the age of six spent his childhood in Chicago after which they moved to Wheaton. John along with his three siblings attended Wheaton Central High School where he was named co-captain of his football team. He was also interested in acting since his childhood and has also taken part in many plays. However, he chose acting as his profession with an inspiration from his drama teacher.

John Belushi found his life partner when he was at school. The couple was dating with each other until they were married on 1976. The pair didn't have a baby which doesn't suggest that he was a gay. Besides that, he didn’t seem to have affair with anybody else. But he was fond of excess drug usage which later led him to death. John is basically known for creating the characters Jake and Elwood Blues for a television show “Saturday Night Live”. Later in 1980, a film “The Blues Brothers” was made in which he played as Jake Blues. He was also elected as a homecoming king when he was in his school’s senior year

John Belushi met Judith Jacklin Belushi when they were in high school. Since 1976, John was married to Judith till his death in 1982.