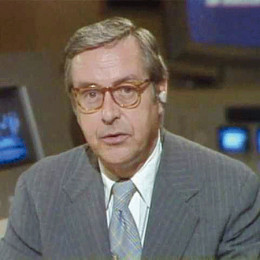 John William Chancellor was a journalist and Television news reporter. He started his career in local television in Chicago and later became news correspondent on NBC's evening newscast, the Huntley-Brinkley Report. He enrolled at University of Illinois Navy Pier and the University of Illinois at Urbana-Champaign. He was inducted into the Television Hall of Fame in the year 1992. He is the son of Estil Marion and Mollie Chancellor.

Talking about his personal life, he was married twice. With his first wife he had raised a beautiful daughter. After divorce with his first wife, he married another woman with whom he has two children. He never filed for divorce with his second wife, the couple was happy together but all of sudden John died of stomach cancer in the year 1996. He died 2 days before his 69th birthday.

She is the first wife of John. The couple has a daughter from their six years of marriage.

She is the second wife of John who by profession is a Graphic designer. They have two children from their marriage.

She is the first child of John who was born safe and sound.

She is the second child of John who was born healthy.

He is the only son of John who was born safe and healthy.